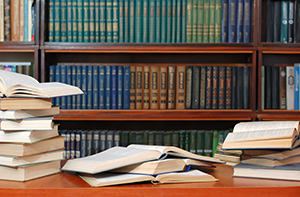 (While I’m busy working on two books I’m finding it difficult to find time to blog, so I’m going to repost some of my favorite posts from Spellbound Scribes, the group blog I contribute to once a month. Warning: I am SUPER opinionated. This one was written less than a week ago.)

You see, some (not all, mind you) historians see us fiction writers as encroaching on their territory and doing it a disservice. I think with the word “fiction” in our genre and “a novel” written on most of our book covers, that is just silliness. I also think the reader has to take some responsibility for understanding the difference, but perhaps I am giving people too much credit. Tudor historian John Guy found that after Hilary Mantel’s Wolf Hall series was published many of his current and prospective students took what they read as fact. His complaint? “The writing was so good that some people think it is true.”*

Because we are writing a (hopefully entertaining) story in addition to providing historical facts, historical novelists sometimes have to or choose to bend those facts or go outside of the historical record. One thing many of us do to make up for this is include an Author’s Note at the end of our books. In this section, which for some is only a few paragraphs, but for others can be quite lengthy and detailed, *cough*me*cough,* we explain what is true and what is not and why we changed things when we did. Other authors provide additional historical information on their websites or in their blogs. Some even include a bibliography or a brief list of sources at the back.

Ironically, it is Hilary Mantel herself, a historical fiction author who is NOT a historian, who rails loudest against this practice. She’s fine with including an Author’s Note (which she does in her own books), but draws the line at a bibliography. At the Oxford Literary Festival in 2017 she accused historical novelists of “try[ing] to burnish their credentials by affixing a bibliography.”**

No, Dame Mantel, that is not what we are trying to do. We are trying to show that we’ve done our due diligence in making our books as historically accurate as we can. We’re trying to raise the respectability of our genre, which, not that long ago was conflated with period costume bodice-rippers that were rightfully called mere escapism. (Remind me to write a post on the history of historical fiction sometime.) But since that time, the genre has come a long way in building credibility with readers and critics and today’s authors are much more concerned with portraying time periods and places correctly, as our source lists show.

In addition, we’re providing a list of sources for those who wish to learn more or want to fact-check the book. As a reader, I LOVE the Author’s Note and am sorely disappointed if there isn’t one or little effort was put into it. As a writer, I have looked at the bibliographies of other historical fiction writers in my time period to get a sense if I am going in the right direction in my own research. These pages at the end of books serve very important purposes that cannot and should not be dismissed out of hand.

We are in no way pretending to be what we are not. Most historical novelists will freely admit to not having a PhD if that is the case. And there are a few who do have one (such as Alison Weir and Anne Fortier), so does that give them the right to include a bibliography in their books while the rest of us can’t? If that is the case, that is elitism, pure and simple. Many of us are self-taught researchers or may have been trained through courses of study besides history (English or law, perhaps) but that doesn’t mean our research is automatically of lower quality and undeserving of being documented.

It would be far worse if historical novelists a) didn’t bother to do proper research and/or b) left readers to their own devices to figure out what is true. Then you really would have historical confusion.

I could be completely wrong, but it feels like opinions like this stem from two things: an old-world us vs. them snobbery in which we novelists are seen as on a far lower plane than professors of history, and a feeling of being threatened because the average reader is more likely to read a historical fiction novel than an academic work of history.

As an author who has written both and plans to eventually get her PhD in history, I will say there is no reason for historians to feel threatened. They do what they do and we do what we do. Each has our own audience and when there is crossover, it benefits us both. But we cannot shoulder the responsibility for how our readers interpret our work alone. If they want to believe it is true all we can do is warn them it’s not and direct them to books by historians to find out what really happened–that is exactly what the bibliographies found in our books do!

I think the idea that historians somehow sit on a loftier pedestal than historical authors is a function of the insular nature of academia and will hopefully (eventually) burn itself out. It is this misguided attitude that makes it somehow okay for someone who started out as a historian to later go into historical fiction, but not for a historical novelist who lacks a PhD to ask to be taken seriously. Unless historical novelists start claiming that their books are the truth–rather than influenced by the truth–(as best that historians can interpret it; it can be argued that all of history is fiction as it is written by the victors and is often revised by memory, time and author prejudice) there is no need for us vs. them. We are both working toward the same purpose: educating a public that increasingly doesn’t give a fig about history. We just go about it in different ways.

And as for me, you can pry my bibliography (fiction or non-fiction) out of my cold, dead hands.